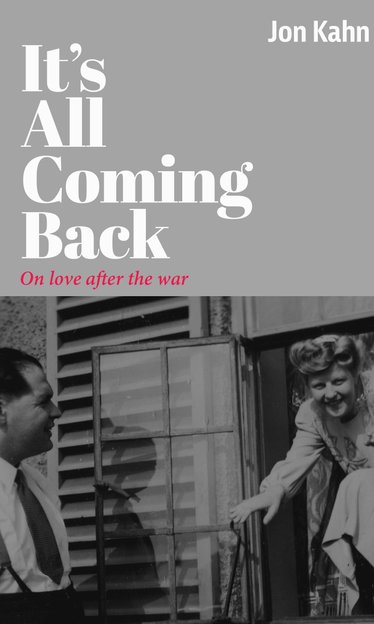 "Written as a novel, Kahn fills in the gaps of memory with beautifully-written prose. Time is spanned with care, and readers will piece together the stories as smoothly as Kahn has done in the writing. What sets the book apart from most others exploring this post-war era is that it’s written from a Swedish perspective. This rare perspective combined with the intelligent POV and narration means that Kahn has achieved where others often try and fail: covering a family history in a way that is engaging for any reader. For those that enjoy books such as those by Rachel Seiffert and Maggie Helwig, It’s All Coming Back: On Love After the War is an originally crafted post-war family story that will leave readers intrigued." Self-Publishing Review, ★★★★

"Jon Kahn's book: It's All Coming Back, is a fascinating read.  Set during troubled times in Europe in the run up to, during and immediately after WW2; Jon tells the story of his father's German Jewish family and his mother's Swedish family with great care and love.

As with the history of many families during these turbulent times; the exact truth and explanation as to what happened and how it all came about, is difficult to capture.  From access to family letters, recordings, contradicting memories and much research, Jon has done a great job in pulling together the facts, half-truths, knowns and unknowns into a coherent story.

It's All Coming Back is a story of the devastation of war, of the perils of being marked as being different - of being Jewish at that time.  It's the love story between Jon's parents - Helmut & Anne-Marie and also a story of endurance and hope." John Hall 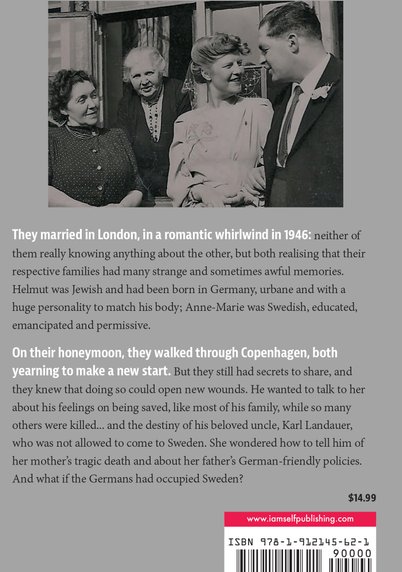 A novel based on a true story.

They married in a wink after the war. So many did. The day after they had met in Stockholm in November 1945 she went for a long TB treatment far away. A long stream of letters followed. Perhaps they met in person over Christmas. In March she went directly from the sanatorium in Norway to London where they married.

What did they know about each other and how did they tell all the difficult things amidst all the affection and passion? The suicides in her family. His touch of the war. Her father’s abhorrent views. His relatives in the concentration camps. What if the Germans had come to Sweden? His feeling of not having done enough.

This is my parent's story. I know everything and yet nothing about their history. Some was told and some was mere hums and ifs. I should have asked them when they were still alive. Instead I have tried to write down their stories and tried to fill in their gaps. Making it a novel of them. A novel of my pre-history.

This is my novel of them and about the before and afters, all the things they must have told each other. It is therefore also of his uncle Karl Landauer, the psychoanalyst who was in Sweden in 1933 but who wasn’t allowed to practise in Sweden and went to Holland instead. It is about her father, how he defended farmers and right-wing people the same. It tells of her mother’s death when my mother was very small. And it tells of the things I will never know the truth about, like what he did in occupied Copenhagen during the war.

The story takes place in Stockholm, London, Copenhagen, where they went for their honeymoon, Amsterdam, Berlin, Heilbronn, Bergen-Belsen, Umeå and other places. They came from different universes and were brought together. My viewpoint is from years after the war and their marriage and I have had to do a lot of research to understand how it may have been.

an emotional and very humane novel, well worth to be read by a broad group of readers.’